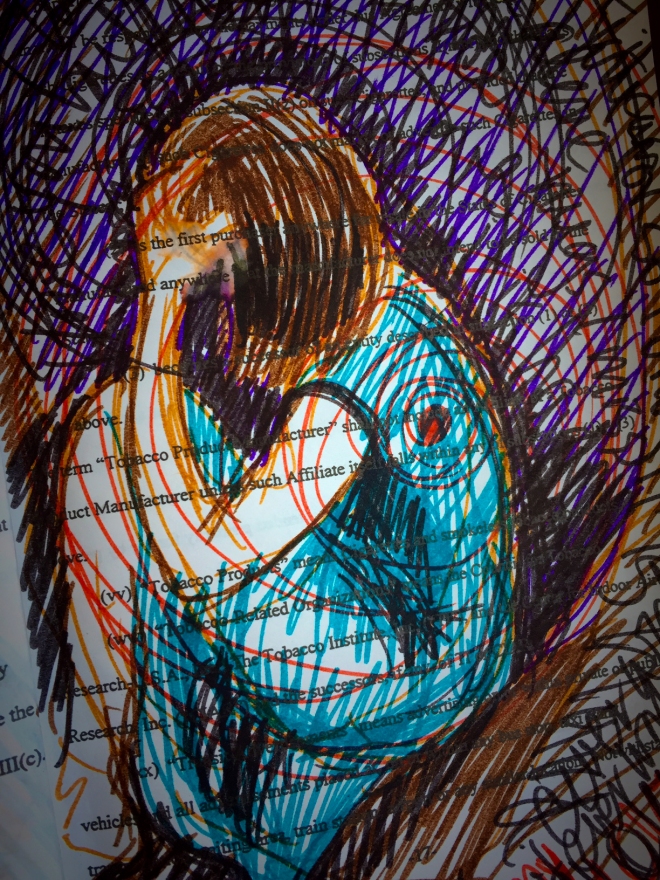 (I wrote this piece a couple years ago. It is sadly not an isolated example of injustice when it comes to household violence against children and women in particular. I recently edited and read this essay at V-day at Women Writing for (a) Change, in Ohio, so I am publishing the edited version here.)

You sentenced him to 60 days, of which he will serve 43. For good measure, he must pay $80 and “future medical care for his daughter.” You mean, I think, for his victim?

Forty-three days in jail for raping his 12-year-old daughter. Repeatedly.

There’s a call for your impeachment, but you’ve made your decision. Forty-three days and eighty bucks.

You mention it was a hard decision for you.

Yes, it would be hard for anyone with an ounce of humanity to come up with a sentence like that.

Yet, I’ve seen this happen over and over. Someone weaker smiles, flirts, rejects, or simply exists when a man’s anger boils over. Anger that makes him “powerless” to think. His rage is someone else’s fault. In this case, a twelve-year-old girl’s fault.

Deep down, Judge McKeon, you and a lot of others still believe females are property to use and abuse. I’m sure you’d swear that wasn’t true. But your actions reveal your real feelings.

Under Montana state law, your sentence to the rapist should have been steep:

“A person convicted of the offense of incest … shall be punished by imprisonment for a term of up to 100 years and fined an amount not to exceed $50,000…”

These things — things like incest, things like raping your own daughter — these things happen in the night, usually. Hand over mouth in the dark, whispered threats from a man who is supposed to love you and take care of you.

Maybe the little girl never really knew trust, even before. I can’t decide if possessing pure, innocent trust and losing it is better or worse than never having it at all. There seems no one she might trust, and you, too, failed her — utterly, miserably, unforgivably.

I bet you’d point out that her own mother asked for a reduced sentence, citing the rapist’s sons “need to know their father.” That her own grandmother said: “His children, especially his sons, will be devastated if their dad is no longer part of their lives.”

These are words, Judge that should have set off clanging alarm bells in your head.

She cannot sleep the way children should be able to sleep. Trauma has rewired her brain now, set her whole being to red-alert. To sleep well again will take years of love and therapy. To trust again may never happen. It’s a hard road to go alone. She is twelve years old. TWELVE.

Somewhere under the wide, wild Montana sky, a little girl is all alone. Her father raped her, repeatedly, and no one testified on her behalf. No one.

Friends of the rapist noted that the accused was employed and had a supportive community and thus was, in their opinions, apparently just the sort of child rapist that could be magically rehabilitated overnight.

I’d like to ask a question of the court. Why is there “leeway” in an incest case?

If he had raped his neighbor’s 12-year-old, would you be so casually lenient, Judge? If he had raped a 12-year-old related to you, would you have said he’d just made a “mistake?” Would you think him being in the lives of his sons was a good idea, a good reason to suspend his sentence? Would you think about what a sentence like this says to the world, or to this man’s sons? It says what he did to their sister was no big deal.

Somewhere under the wide, wild Montana sky a little girl is crying, and thinks no one hears her.

I wonder, Judge McKeon, how many others you have sentenced to life?

For that child faces a life sentence. A million signatures on a petition to impeach you is not enough. But I think impeaching you would be a start. A start towards a world where a little girl has the right to sleep deeply, trusting those around her to love her, and keep her safe in the night.

Follow up: Prosecutors in Montana did not appeal the controversial 43-day jail sentence for a man who admitted to raping his 12-year-old daughter.